Getting started with Node.js: writing a simple "Hello World" application

Node.js is an exciting, multi-platform framework built around the JavaScript programming language which has been gaining support by developers over the past few months. In this article, I’ll give a summary of why this platform is so attractive to a growing number of programmers, and guide you through a brief example application.

More and more developers are choosing to build their server-side applications in Node.js / JavaScript. Here are a few very good reasons why you should give Node.js a chance.

Okay, let’s get started with a short demonstration of a Node.js server. To demonstrate some of the language features, we’ll establish several goals:

We’ll start by using the require method to import some necessary libraries:

[gist id=877867 file=server_1.js]
Simple, right? This is basically the same as requires / imports in common high-level languages like Python and Ruby. The principal difference is the assignment that occurs in each of these statements. To put it simply, importing each module like so keeps all of its contents in a namespace of sorts. By placing all of the fs module’s attributes and methods inside a variable called fs, we can be certain that nothing in the global scope will be overwritten. For example, if we included two modules which had classes with the same names, they would not overwrite each other, as they would be stored inside different variables. For this reason, modules are imported into local variables rather than into the global scope.
Phew! After that lengthy explanation, it’s time to get to the meat of our little web app here.
[gist id=877867 file=server_2.js bump=1]
We’ve added a call to the createServer function of the http module. This simple function accepts a single parameter: a callback function which is called whenever a request to the server is received. You can see that the anonymous function we provide has two parameters: request and response. When the server invokes this function, the provided request variable will contain information about the HTTP request (headers, data, and so on), while the given response variable will contain several methods that we can use to reply to the HTTP request.
We then chain this createServer call to the listen method, which tells the created HTTP server to begin listening on a certain host and port — in this case, 127.0.0.1:8080.
[gist id=877867 file=server_3.js bump=2]
We now have added some basic calls to the response object. In short:

Okay, this is good stuff, but let’s push things a little further by returning the contents of a file rather than a simple static string.
[gist id=877867 file=server_4.js bump=3]
Now we have the previous response code enclosed inside a second callback function. This function is provided to fs‘s readFile method, which reads a given file asynchronously and calls the provided function when it’s finished. Notice that the anonymous function here accepts two parameters here: err, which we throw if it is defined, and data, which contains the raw file contents. All that changed in the response code was in the write call: we now provide the file data (converted to a string) as the response instead of a static string.
That’s it! As long as we have a file named response.txt in the same file as our server JavaScript, this will work perfectly.
Want to try this out? Here are the steps:

I hope you enjoyed and learned something from this introduction to Node.js. I understand that 99% of web applications are not this simple, and we will be creating tutorials in the near future that will cover more complicated tasks, such as URL routing and database access. Please subscribe to the Labs blog to receive updates about our future Node.js tutorials. Leave a comment below as well if you’d like to let us know what you think about this article! 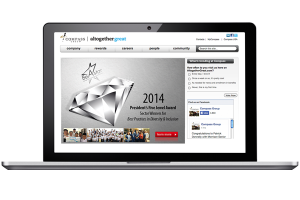 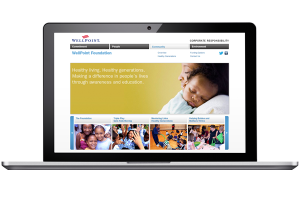